Billie’s Story. The power of mindset and being empowered when birth plans change.

Billie’s Story: The power of mindset and being empowered when birth plans change.

Billie and Craig did a private course in January 2022. This is their truly incredible, inspiring, eye-opening story of power decision-making and absolute trust in birth and their baby girl. 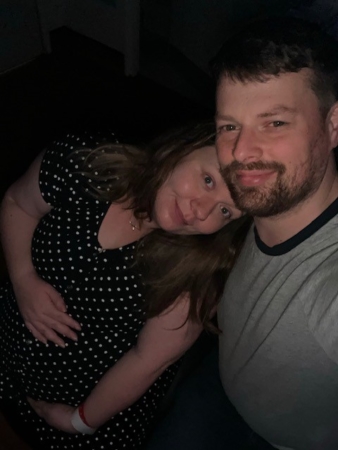 I left my booking appointment thinking I wouldn’t be able to give birth vaginally because of my perceived ‘high risk’ pregnancy.

I was sick until 22 weeks and felt horrendous. I had never been so grateful to be working from home. As my pregnancy progressed I began to feel better, seeking comfort from every movement and embracing my bump. By my third trimester, I felt the best I have felt. When I visualised my birth, I was at home, surrounded by the people I love, who love me and would love my baby girl, Ettie. I told my husband I was thinking about a home-birth and he panicked imagining that he would deliver the baby, himself, with boiled water and fluffy towels like a scene out of Call the Midwife. Then we met Rachel. Rachel gave both of us confidence to plan and prep for the birth I wanted. She introduced me to the home midwife team and within a week of starting our classes we had switched from a consultant led delivery to bulk buying fairy lights and candles.

‘I always had boundaries around my home birth’

At 40 weeks, for 72+ hours I felt pressure and hoped that labour would start. I bounced, walked, meditated, until I stopped feeling her movements. Concerned, we headed to the hospital to get checked out. I had raised protein levels and suspected pre-eclampsia. I always had boundaries around my home birth – we both had to be well & I had to trust not only myself, but my little bubs too. Maybe, just maybe, this was Ettie’s way of guiding me.

‘This fired me up even more to challenge the norm.’

The doctor wanted me to stay in to be monitored. Ettie’s movements were strong & I felt well. Rachel taught me to stop, and think, have the confidence to question and fight for what I wanted. I asked if I could come back in the morning. I felt pressured to stay in so I tearfully agreed. I spent the night on the ward and not a single check on either of us was performed. This fired me up even more to challenge the norm. At 6am, I was told they wanted to induce me right away. I was offered a sweep before I was offered a cup of tea! I had little to no sleep that night and I knew it wouldn’t be successful. I was just too tired. I declined the induction and went back to my mum’s house, where I felt safe, and slept (for three hours).

I had agreed to go back in that evening, ready to have our baby.

‘We asked everyone to leave us to it.’

I was examined by the consultant to find that I was already in established labour. We made the decision to release my waters. We decorated the room with affirmations & used a light to create a relaxed atmosphere. I had my yoga ball, a pillow and my favourite blanket from home. I listened to my playlist & affirmations on repeat. We asked everyone to leave us to it. We laboured undisturbed. My waves were strong, regular and manageable. It was 5.30am and I was so tired. I had slept for 3 hours in 48 and my body craved sleep and time to rest. I discussed my options with my husband and with the midwives. I requested to be checked. From my examination, it was clear I had a way to go. I wanted to avoid an instrumental delivery if possible. 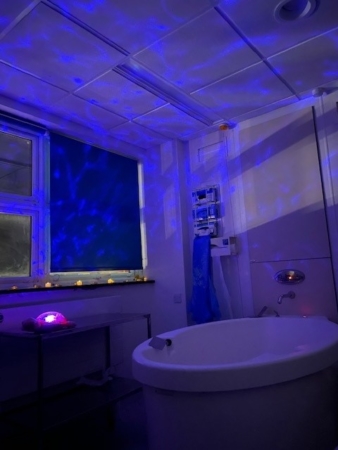 Together, we decided the best option was an epidural. I used my hypno birthing techniques to remain calm throughout the procedure. The first attempt failed, the second was successful. It didn’t phase me at all. It was just part of our journey. The midwife team wanted to put me on the oxytocin drip. I asked if they would leave me for an hour or so to see how I progressed and we could discuss it again at that point. I didn’t want to labour on my back, so my lovely midwife and husband made sure I was comfy on side, supported by pregnancy pillow & wrapped in my blanket from home.

‘I would accept the drip, but I was going to be in control of it’

The epidural had only partially worked, but it was enough that I could sleep. I then slept for 45 minutes. It was a glorious, restorative nap, the best I have ever had! I woke to be monitored and I made the decision that I would accept the drip, but I was going to be in control of it. I asked about the levels that they normally give and opted to be put on the lowest dose I could. It was my husband’s job to monitor the levels. Even when it was suggested we increased it, I argued for a lower dose. I accepted top ups of the epidural when needed and I was in and out of very much needed sleep. At 8.30am I knew was fully dilated. I let the midwife know and they told me they would check me in a couple of hours. To be honest, she didn’t believe me. I told her a couple of times and stopped accepting anymore top ups of the epidural so by the time I pushed I could feel everything.

‘She had done all of the hard work for me.’

I felt my baby guide herself down the birth canal. She was doing all of the work for me. My body was helping her, my waves were pushing her down. It was incredible. Hours later, they checked me to find that I was fully dilated and baby was in a great position. They wanted a consultant to be present at the birth, “just in case.” I had every confidence in Ettie and that we would work together and we would be just fine. They asked me to hold on a little longer without pushing until the consultant was free. So, I did just that and baby worked her way down a little further. She had done all of the hard work for me. I pushed and in just over 20 minutes she was born.  Now, I will mention that during this stage of labour, I was told her heart rate had dropped, they thought her shoulders were caught on my pelvis and the cord was wrapped around her neck. The consultant looked at me and told me I had to get her out in the next push. This all sounds horrific and dramatic. But for me, it wasn’t. What wouldn’t help this situation is panicking. Hynobirthing allowed me to remain calm and I just knew she was fine. I felt her head with my hand and pushed with every ounce of energy I had. She was born with such energy and force, when I say she flew, I am not joking. 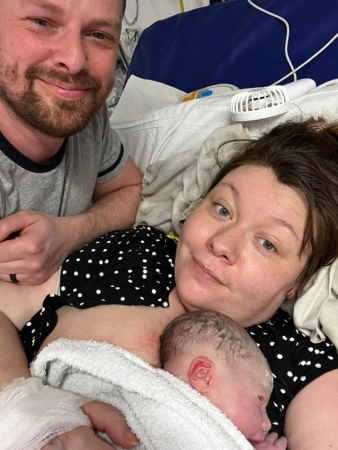 When asked about my birth, I always reply empowering. It may not have been birth I imagined, but it was incredible and I felt fully in control.

I hope Ettie takes that empowering energy and applies it to everything that she does in life because if there is one thing I know, she is going to be a force to reckoned with. 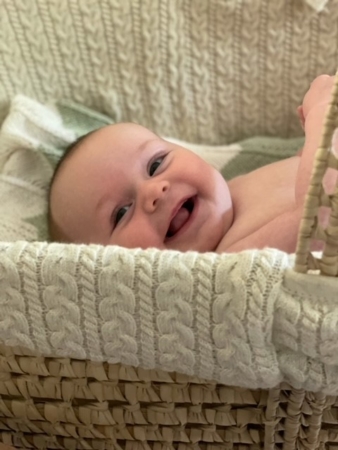 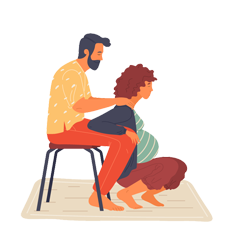